Sunday we tore it up in Baltimore Maryland at the last Models and Throttles show at Power Plant Live. 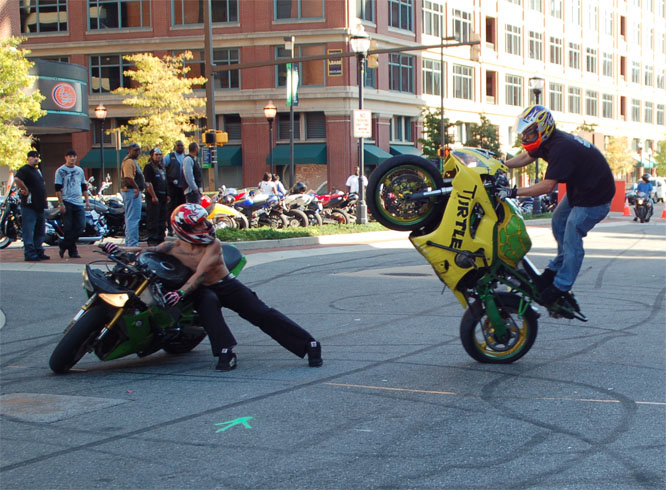 The event, which started at about 11am, we showed up fashionable late at 2, was a mix of half nude chicks walking around NOT trying to get you to buy shots and motorcycle fanatics.  There was live music and bike contests, no idea what they were about since our bikes are TRASH, but i suspect that its was cool because there was a perfect mix of Harley s and Sport bikes.  Whats cool about Baltimore is everyone digs everyone, there was no bullshit beef or people starting shit for no reason, everyone had a blast…. till the liquor kicked in of course… 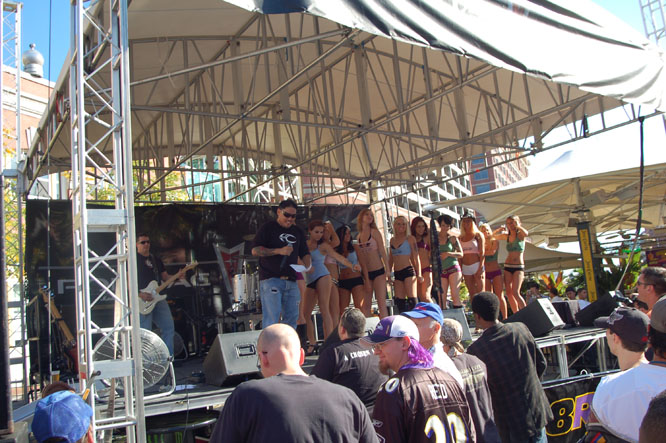 There was a Bikini Bike Wash that was a benefit for the Make A Wish Foundation (good karma points for all the evil we do) and Bikini contest.  I guess, we got some footage of it, I don’t know what the contest was, 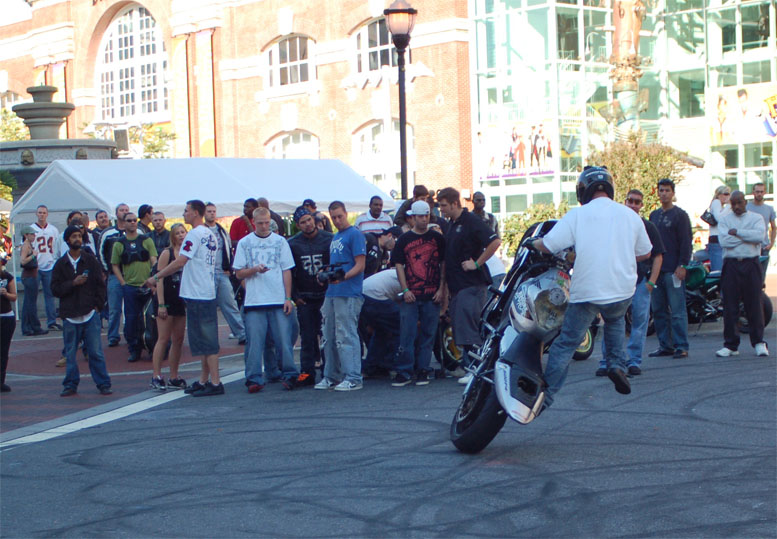 best ass, best tits, no idea, but we watched.   One hot blond had Kenny’s attention till some guy told us how many people already railed her, so that pretty much killed that buzz.

Turtle, a 4 hour late EJ, Reckless Steve and John R. tore the street up for about 5 hours on and off.  There was a great turnout and the weather was perfect.  At the end of the show Steve decided since Winter is coming up to just go ahead and blow his engine up.  Clouds of smoke shot higher then the tallest building at the Waterfront of Baltimore as kids plugged their ears and parents quickly took out anything that could take a picture or video.

Above is the video of this performance shot last night, (or October 13th 2008 if your looking at this much later) as you can see damaging sportbikes is not just our hobbie but our job! Steve’s radiator blew first, he tried to hold his bike wide open as he slipped and fell in the hot antifreeze now consuming the asphalt.  After taking off his helmet to look cool and getting some “how to explode your motorcycle engine” advice from EJ he was back at it till the engine blew up and the bike caught on fire.  All in all it was a great day for riding, and good time to stunt!  Adrenaline Crew would like to thank all our friends and family who came out to watch and party with us.  Big up to Bobby, Jet Set Mafia, Rednek Promotions, the Models, and the fans!!  Steve is now searching for a new engine on Ebay, if you see anything cool hit us a link on our myspace page www.myspace.com/adrenalinecrew Now we are heading to Florida for Biketoberfest! 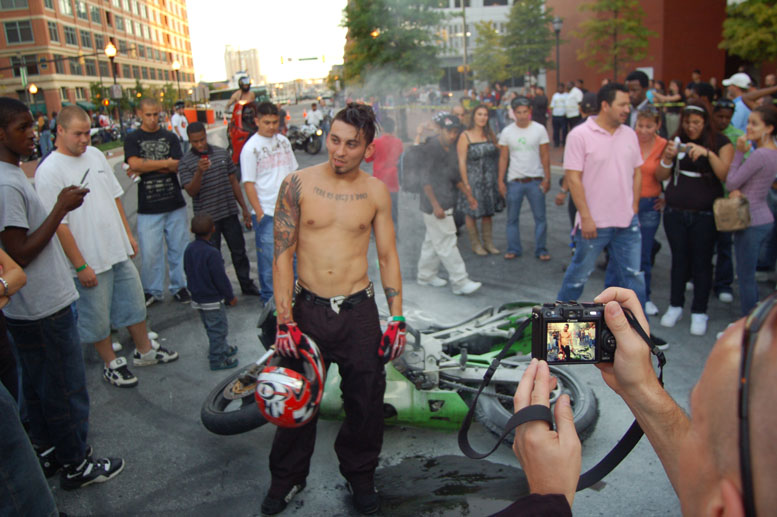