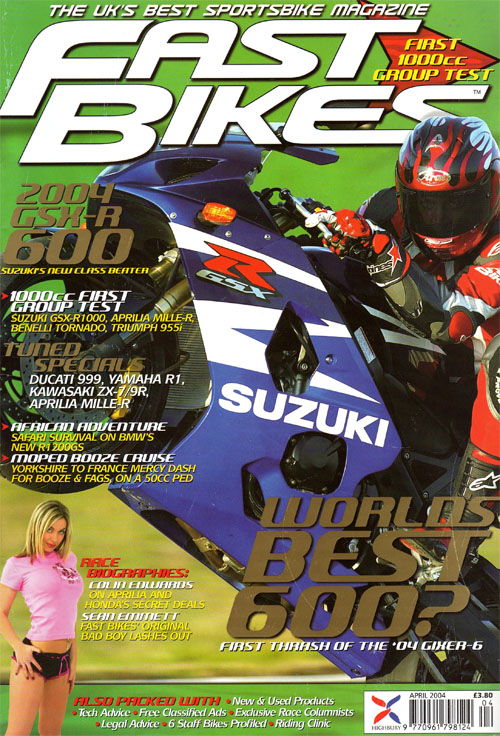 From the Producers of “Pulp Friction”.

From the stuntmen behind Terminator 3 & Biker Boyz The most extreme illegal stunt video of all time.
This article was the first press after we got the cover of SuperBike Magazine. Adrenaline Crew went through Revolver Group for early distribution, Revolver has yet to pay Adrenaline Crew the royalties for their movie which the European release was titled “200 mph jackasses” which is basically the equivalent to the 2004 United States release of the motorcycle movie Adrenalin Crew 100% illegal. In 2005 Adrenaline Crew re-released 100% Illegal after being picked up by the mighty distribution giant Warner Music Group and was distributed in all mainstream locations like Best Buy and the now defuncted Tower Records which was the second biggest Adrenaline Crew purchaser through Warner. 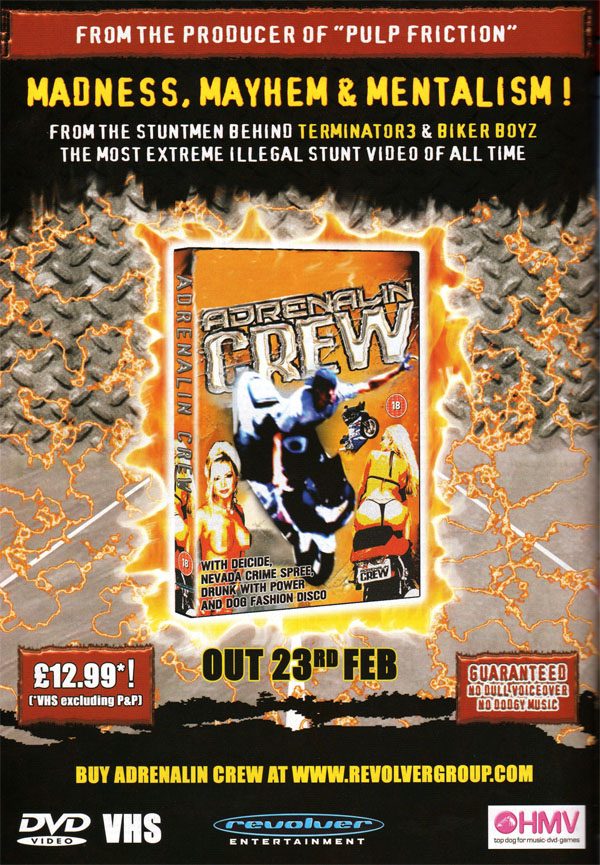