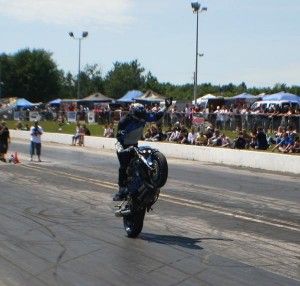 Dan Herz wins big at the Starboyz Stuntfest with a first place for Last Man Standing.  That event is when the motorcycle is up on one wheel the longest. Dan Herz held on the longest as the other motorcyles crashed and burned. Starboyz Stuntfest was in Ohio and boasted a few catagories that Dan entered.  He also had a killer run for other events but did not place.