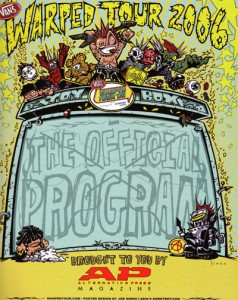 Just who the fuck are those maniacs flying through the air at Warped speed on this year’s tour?
No dummy-not your crowd-surfing friends; we are talking about ADRENALIN CREW!

If your familiar with the cult-favorite movie series Adrenalin Crew-otherwise known as “jackass on wheels” and also available on DVD in a “100% ilelgal” version-you know something about Kenny Kelley and his band of merry maniacs. If this is your first experience with Kelly & co., get ready, ’cause Adrenalin Crew has been terrorizing U.S. streets for years with their barrage of freestyle street-bike antics, and fort he entire run of this year’s Warped Tour, they’ve been corralled-just barely- and are amped up to wheelie, burnout and basically put their lives in danger all over the concert grounds. 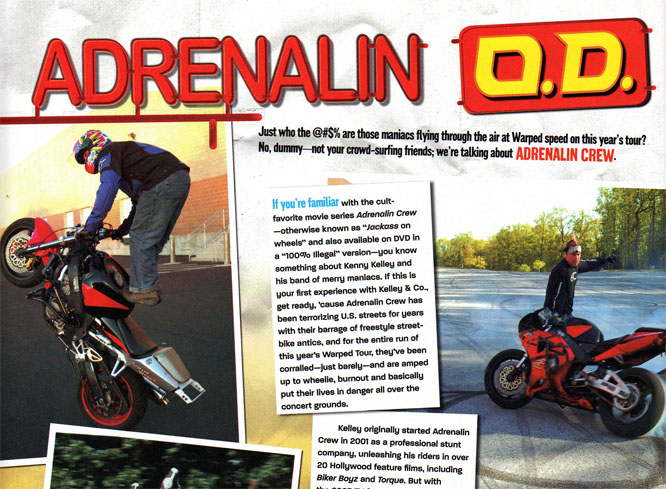 Kelley originally started Adrenalin Crew in 2001 as a professional stunt company, unleashing his riders in over 20 Hollywood feature films, including biker Boyz and Torque. But with the 1003 TV feature Introduction to Street Bike Insanity, Adrenalin Crew’s reputation really took off: mostly for the better, but as the Crew’s internet favorite videos showing broken bones will attest, usually for the worst.

Since then, they’ve continued to earn infamy through a series of DVD releases, a European TV series (Urban Stunt Bikers), pay-per-view specials, and rampant media coverage by outlets we’re mostly sure just want to be on hand in the event one of the riders eats it. Whatever the case, Kelley assures us the best is yet to come, and he and his crew are pulling out all the stops when they’re turned loose for the first time on Warped this summer. 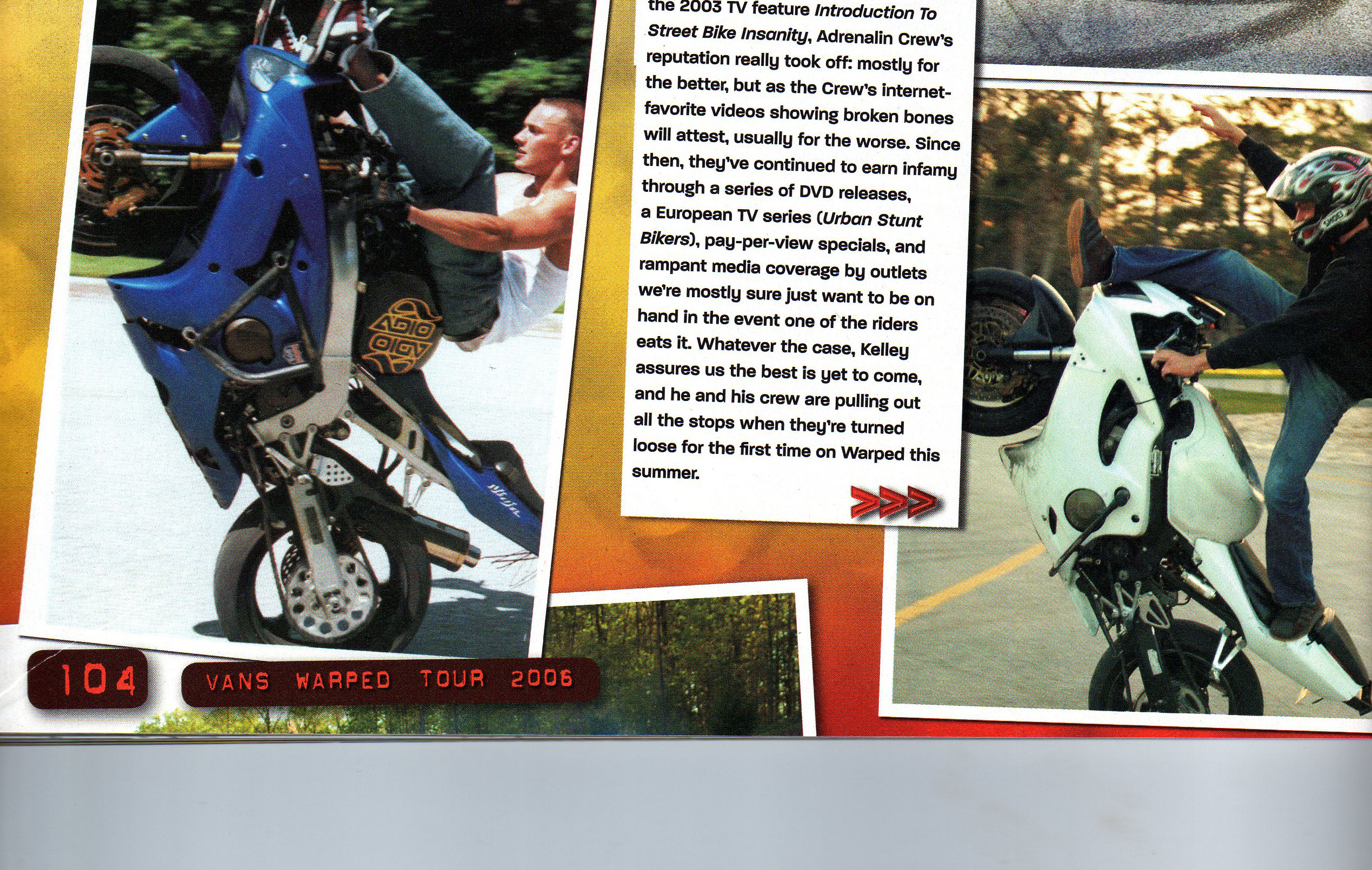 “Adrenalin Crew is a group of Jackass-themed people who cause chaos on their motorcycles,” he explains. “Wheelies, running from the police and top=speed cop chases are the only way they roll. They have been corralled up for this attack on Warped Tour-so what can you expect? “Picture these bikes getting tossed around like toys and rubber being burned off.”

To Witness the mayhem for yourself, visit the Crew’s official website at adrenalincrew.com; we’re sure you’re gonna want to relive whatever mayhem you see today. 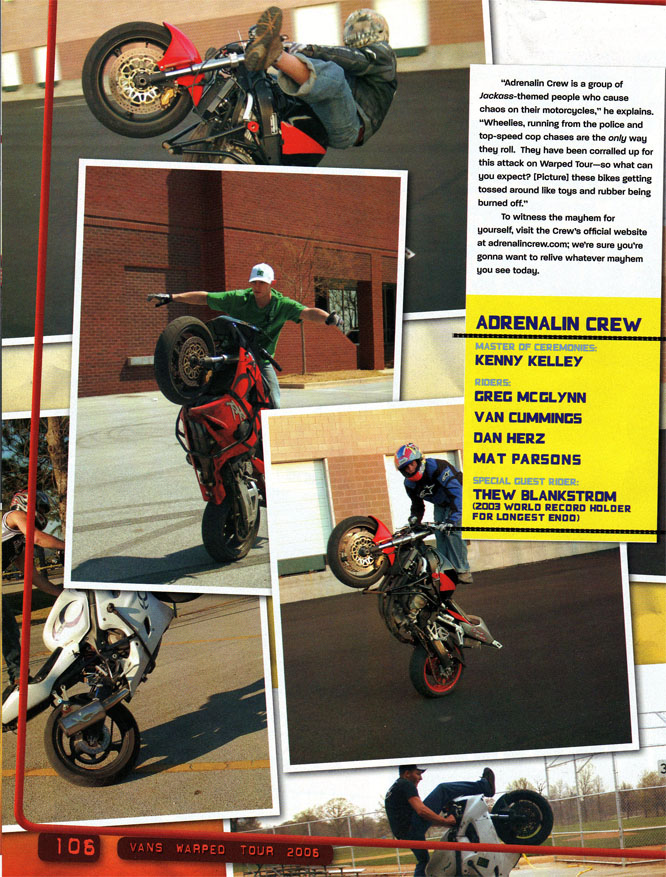