Adrenaline Crew Presents: Race Stunt Fight!
After years of wanting a real knock down stunting and fighting video game, we decided like everything else the Adrenaline Crew stands for, we would just do it ourselves!  Now is your chance to play the all new Adrenaline Crew “RACE STUNT FIGHT!” game available to you on your iPhone, iPad or Android device! 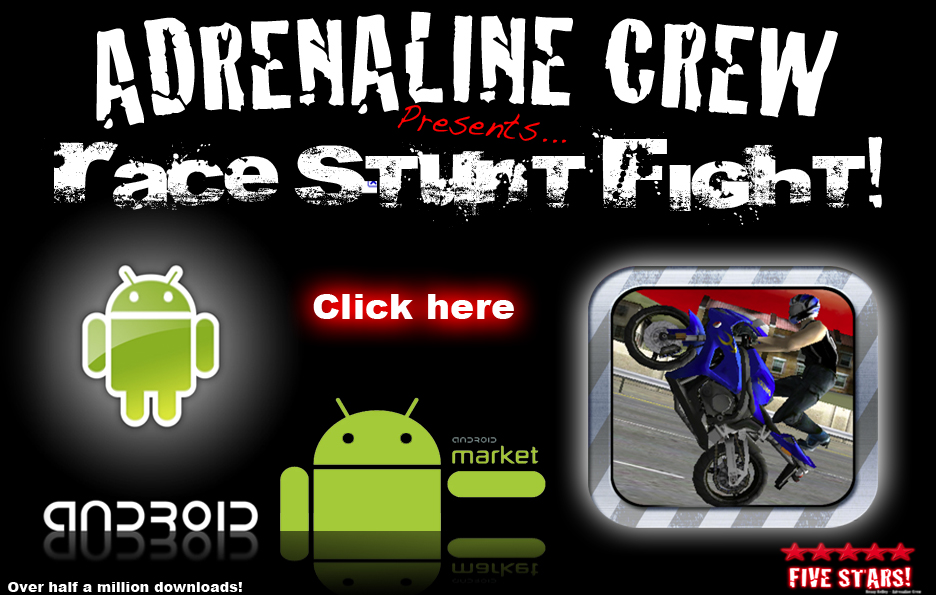 – Tilt your phone/tablet to steer left and right
– Stay away from cars, curbs, and cops
-Tap ATTACK to punch and kick other players off their bikes and get Stunt Bonuses
– Tap the Stunt button to wheelie and perform other special stunts
– Pick up Nitro’s to earn an extra boost.
– Tap break to avoid wrecks and sticky situations, bike will automatically do an endo!

* Adrenaline filled addictive gameplay with ultra smooth tilt controls
* Over 10 different characters to unlock and play, each with their own unique abilities, speed and gameplay!
* Real stunts the Adrenaline Crew performs on the streets across America
* Gain points by holding stunts while being attacked by other riders.
* Lifelike character animations and physics
* Play with Game Center and add your score to the Leader Boards and unlock achievements!
* Facebook integration: compete with your friends for top score and post brags to your wall
* Awesome realistic sound effects recorded from real motorcycles, including a sport bike, chopper, dirt bike, and a cafe racer! 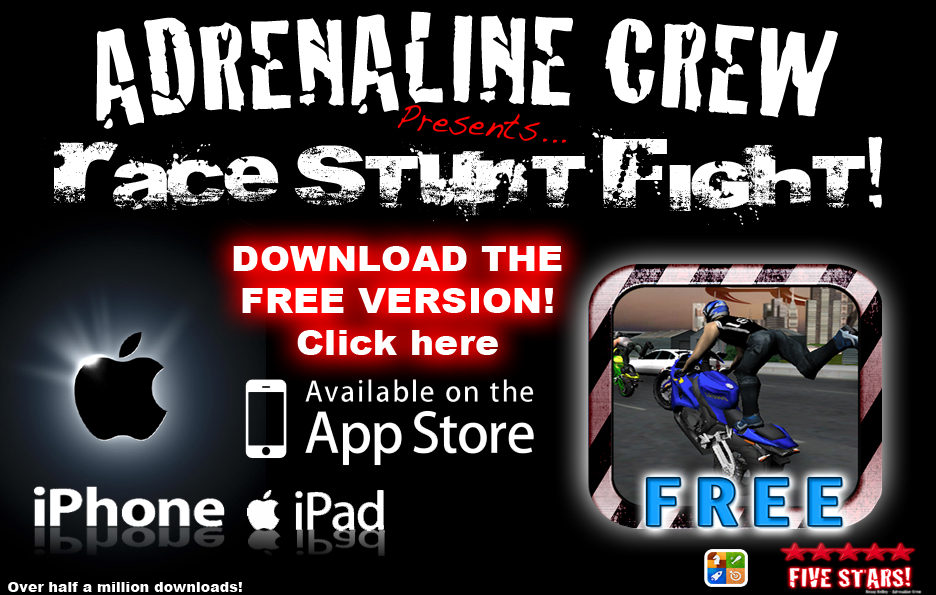 – Save up your Nitro to use in sticky situations like running away from other bikers attacking you
– Concentrate on coming in first and just fending off those who attack you
– Hit Nitro then Stunt button so you can get extra speed while doing a stunt
– If being attacked on the side that a cop is shooting radar don’t hit the rider off till you pass the cop, he will go after the other guy instead! 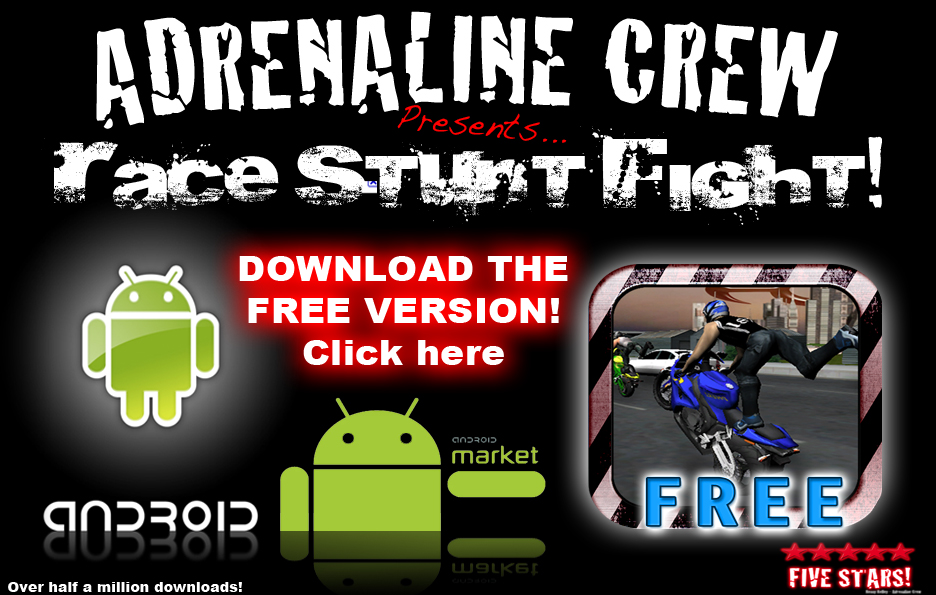