Motorcycle wreck on the highway 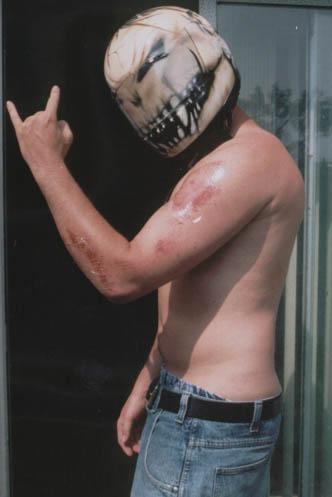 There is a few clips on the web that talk not only send a shiver down your spine, but you ask youself “is that guy still alive?”  One of these clips like Street Bike Tommy’s motorcycle flip at Travis Pastrana’s is Kenny Kelley wiping out on the highway with doing a wheelie with his feet over the front windscreen.  Kenny had not ridden a bike in the last year due to tickets, fines and fee’s from the first movie Adrenalin Crew 1 “100% Illegal” and this was his first day back with the crew as it stats at the start of the movie.  After the wreck, which some people blame the wind off the trailer, some feel the stock bike was not ready for the abuse, others still think the red tire on the back had something to do with it, everyone was arrested.

The person behind Kenny was an FBI agent, when the police asked him to fill out a report, he told the cop he refused, and that he was enjoying the motorcycle riding, he then left.  This clip has been featured on shows like Worlds Amaizing Home Videos, Country Fried Videos (with Reckless Steve acting like he was the one who wrecked in the interview) and various other shows on Spike TV. You can find out more in the DVD Adrenaline Crew 2 “Awaiting Trial”.  All the other people riding were arrested including EJ and Reckless Steve who was just filming, the driver of the truck was also busted even though he did NOTHING. 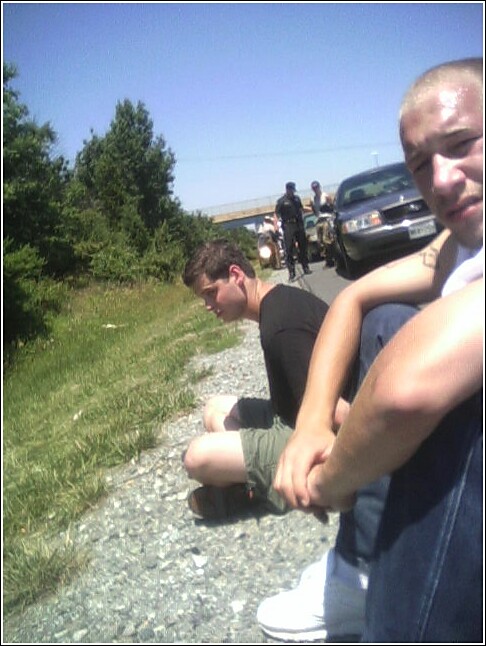 All charges were later dropped, infact it was a whole year later when they got the video footage back from the police.

Here is the clip, enjoy or cringe, its your call!