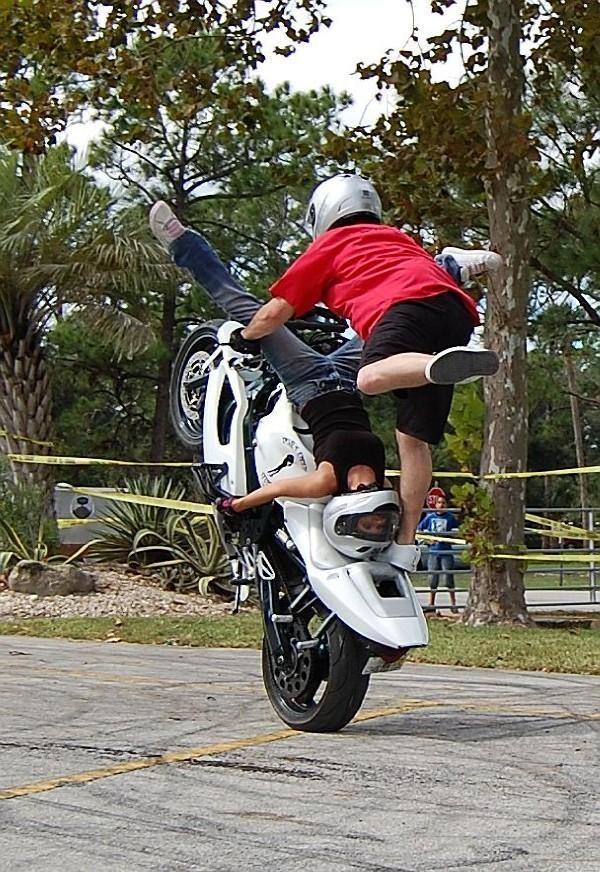 What can we say about the October bash, well to sum it up, this is our last show of the year so if you want to see the motorcycle videos live, this is the show for you!

The weather should be picture perfect but I am afraid the economy scare (thanks credit and loan company’s you fucking assholes!) no one wants to leave their homes to come down for a vacation. 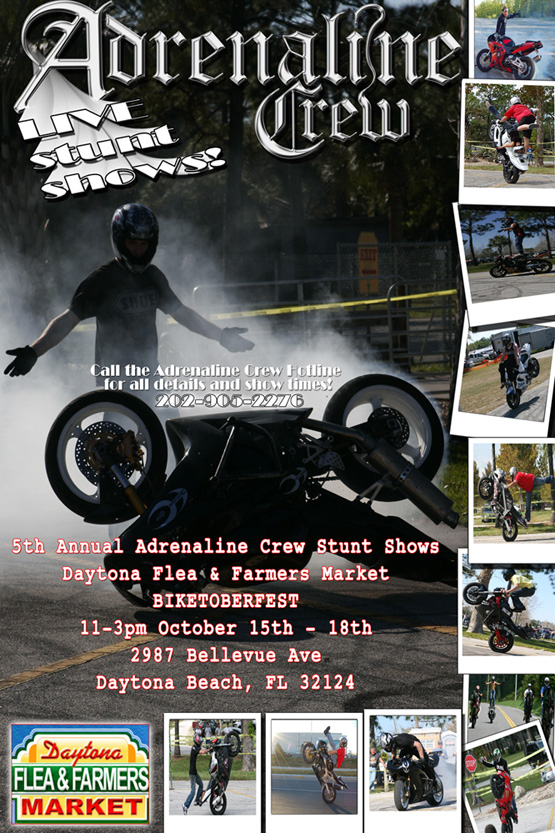 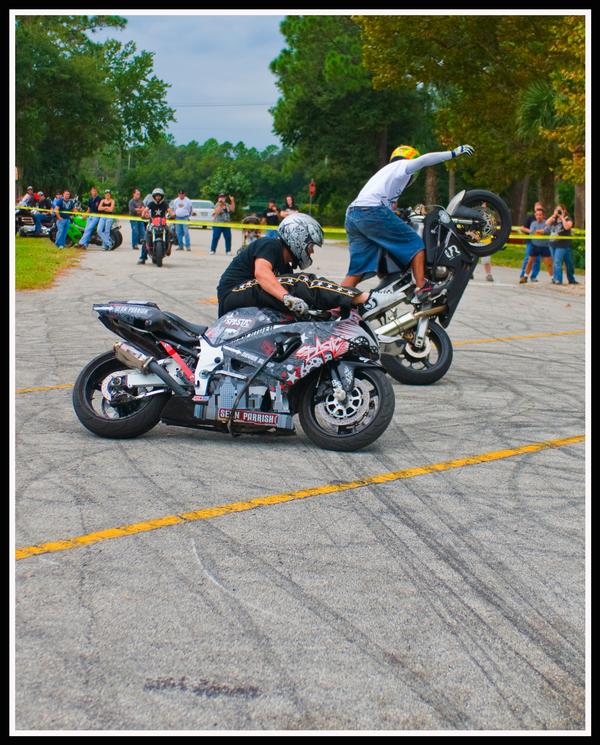 The trip started off bad when we had a blow out on Kenny’s truck.  Maryland Truck and Auto Center forgot to put his lug-nut key in the truck, so we were stranded for 2 days, the assholes never even sent the key out.  We arrived late as usual not Guns N Roses late, but pretty late non the less… Oh by the way the new Guns N Roses album hits stores November 23rd…  Ok back on track… We had some friends come help us with the stunts shows, Sean Parrish, Tony L, Nico, Jason, CJ and Tawny for tandem as well as some other peeps who came and went as they pleased.  I think for 2009 Bike Week we will have a competition, that might bring more people out since how many years can you watch Adrenaline Crew blow up their bikes, time to let others destroy shit with us!

The nights were filled with the drinking rampage you would expect, nothing out of the ordinary, one night Kenny got kicked out of our favorite spot Cruzin Cafe for alledgidly cursing out a 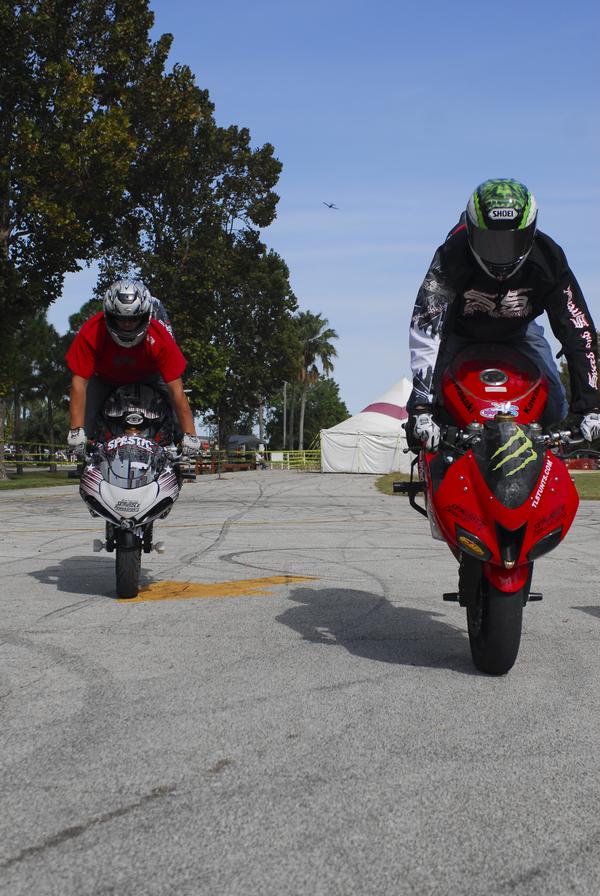 waitress, the band and Sean helped him get back in just in time to sing a drunken song with the band GWAR “The Road Behind” which is also where we got the title idea for AC 3.  Vedors will selling shits for as low as 5 bucks just to get people to bite and grab something.  Here is what a lot of people don’t understand, if the stores and bars do not make enough to even cover rent, there IS no bike week cause nothing will be open…

We were supposed to have some cool pictures from our long time friend Adam who always puts up pictures, but this year he didn’t have time too, so we had to snag pictures from Sean and Tawny’s myspace pages haha…

Anyways, we met some cool new people and got to make some new storys as well as stay in our boys mansion in Windermere which was pretty Fing insane.  Here is a video of some of the stunts at our stunt show. Check out the asshole at the end, what a jerk!  Till Daytona Beach Bike Week 2011, PEACE!