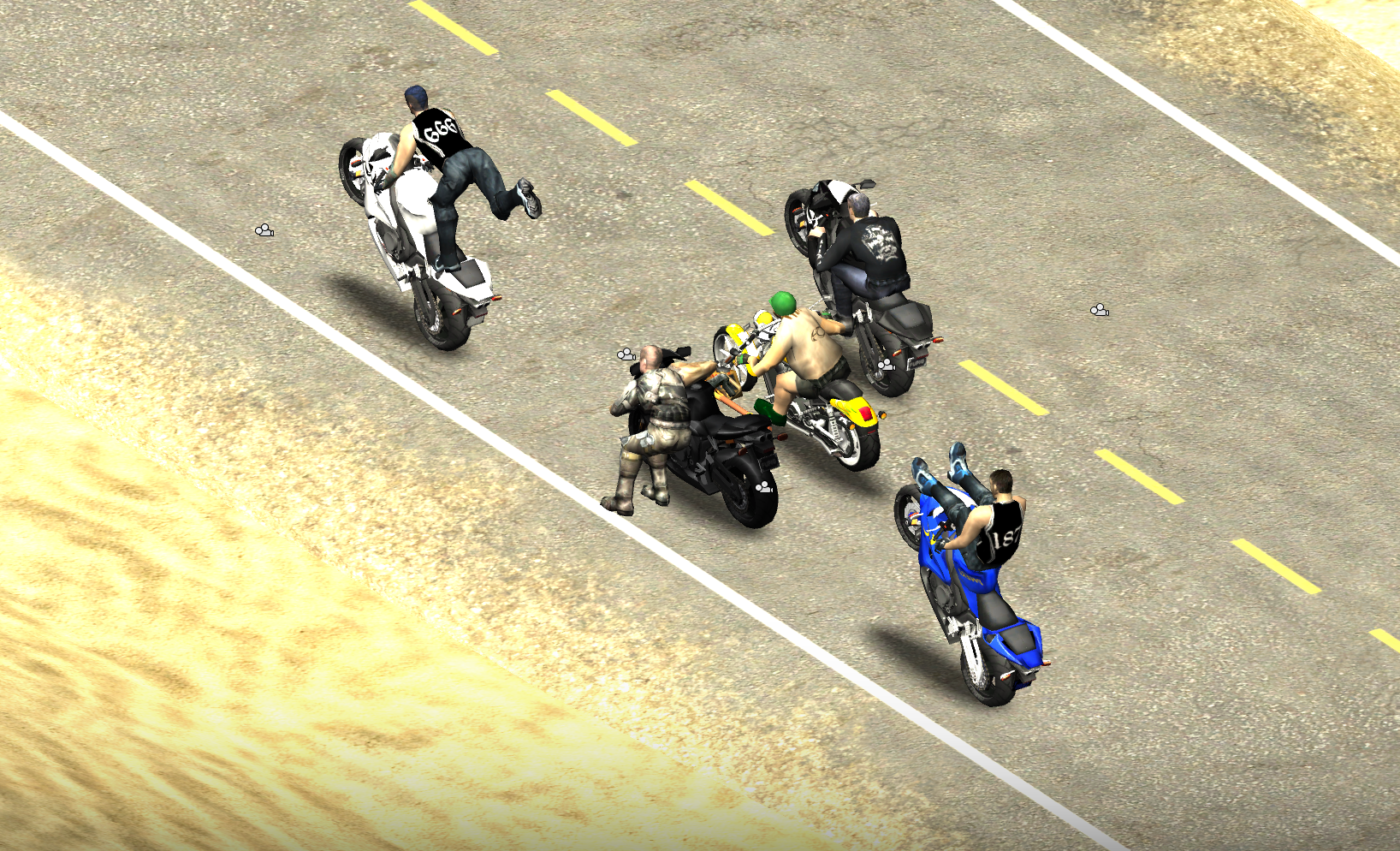 Best iPhone racing game is coming back with part 2!

So its been a solid year since our first release of Race Stunt Fight hit the app store for Android and iPhone and what a ride it has been!  We have gained so many new friends and fans by going digital, so we are at it again!  This time we have added some cool new features like shotguns and chainsaws, spectacular 3d lighting and shadows, a whole new statistic system so you can customize your characters, power up items and killer new moves!  This game should be out by Christmas 2012 and will be another best selling iPhone game and best selling android game as well for that matter!  Here is a small test on the game we did to check the new ways the moves are done, now you can do a wheelie for as long as your character has stamina, which you can add more too when you win a race or get points for hitting people off the bikes!