A rush and a push and the road is theirs… 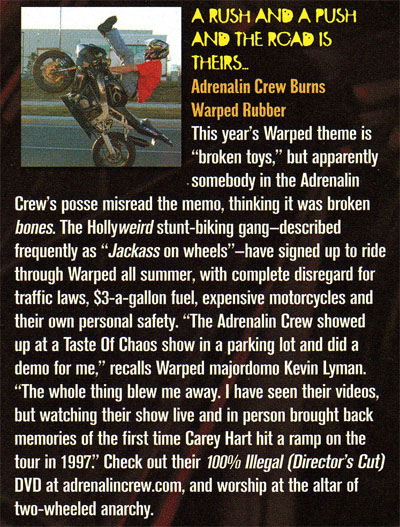 This year’s Warped theme is “broken toys,” but apparently somebody in the Adrenalin Crew’s posse misread the memo, thinking it was broken bones. The Hollyweird stunt-biking-gang-described frequently as “Jackass on wheels”-have signed up to ride through Warped all summer, with complete disregard for traffic laws, $3-a-gallon fuel, expensive motorcycles and their own personal safety. “The Adrenalin Crew showed up at a Taste Of Chaos show in a parking lot and did a demo for me,” recalls Warped majordomo Kevin Lyman. “The whole thing blew me away. I have seen their videos, but watching their show live and in person brought back memories of the first time Carey Hart hit a ramp on the tour in 1997.” Check out their 100% Illegal (Director’s Cut) DVD at www.adrenalincrew.com, and worship t the alter of two-wheeled anarchy! 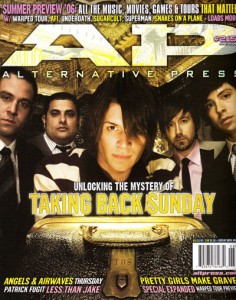